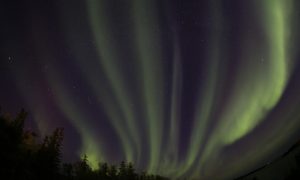 Aurora in Yellowknife by Martin Izzard

“I was in Yellowknife in September 2017 staying at the nice and dark Buffalo Nights Bed and Breakfast when the “Merry Dancers” appeared. It was a strong showing Kp6-7 and I was able to video them with my Canon 6D using a fast 24mm lens f1.4 at low ISO of 800. I pinched myself as she danced across the sky. Can’t wait to go back again.”

Some of Martin’s shots from the night 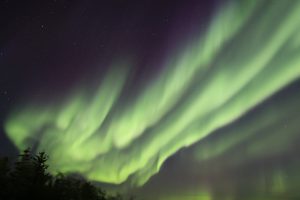 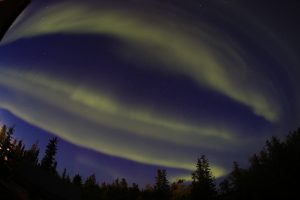 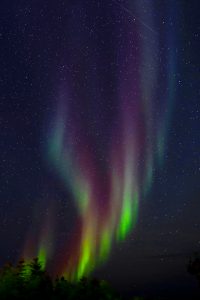 One of Martin’s videos from the night

Video: A real-time video of the Northern Lights in Yellowknife, Canada. This video was captured by Martin Izzard in September 2017. Martin filmed with a Canon 6D using a fast 24mm lens f1.4 at low ISO of 800.

You can read about Martin’s experience hearing the aurora and a theory of how the sounds of the aurora are formed and see more of Martin’s aurora photos at Martin Izzard Photographic.