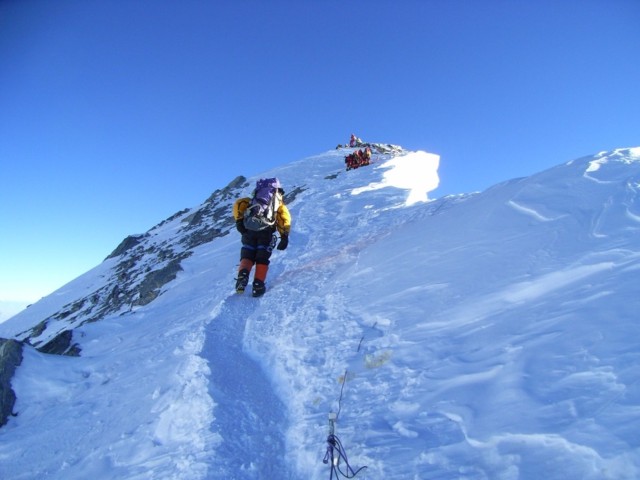 Last week, 23rd May 2017, was the 10th anniversary of the Cauldwell Xtreme Everest expedition, a research project coordinated by the UCL Centre for Altitude, Space and Extreme environment medicine (CASE) that placed a medical research team on the summit of Mount Everest in 2007.

On summit day, the group made the first ever measurement of the level of oxygen in human blood at 8400m, on the balcony of Everest. This was the centrepiece of an extensive and continuing programme of research into hypoxia (low oxygen levels) and human performance at extreme altitude. 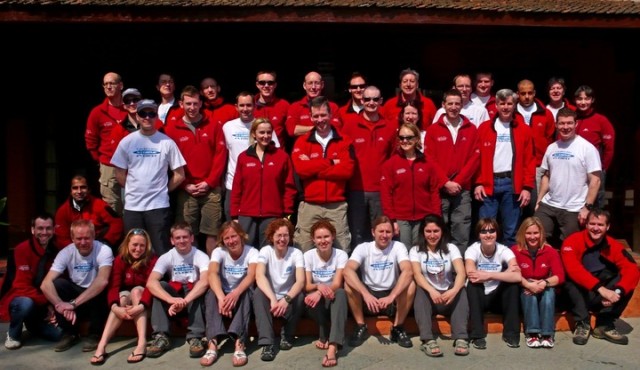 To celebrate the anniversary, there was a 2-day conference on high altitude physiology at the Royal Society of Medicine and a public lecture at the Royal Geographical Society where the scientists shared their findings. The events were fascinating, offering insights into the body’s behaviour at altitude and ways in which we adapt.

This research is important because doctors study hypoxia to increase our understanding of critically ill patients. It is difficult to predict who will do well and who will do badly in intensive care, but they think it has to do with the patient’s response to low oxygen. Studying healthy individuals in low-oxygen environments allows doctors to tease out the factors that improve performance or chances of survival.

Research from the Cauldwell Xtreme Everest expeditions has found that “microcirculation” is important in giving Sherpas their improved performance at altitude over lowlanders. Microcirculation is the blood flow in the numerous tiny blood vessels that disperse the oxygen in the tissues. The doctors found that Sherpas have better microcirculation than lowlanders, so they have a greater flow of oxygen going to their muscles. And the way the muscles use the oxygen is also different, and beneficial. The good news is that over six weeks spent at altitude, lowlanders sub-lingual (under-the-tongue) microcirculation increased to become indistinguishable from Sherpa values, so climbers can someway adapt to the thin-air environment of high altitude.

Last year I participated in a study at CASE. During this study my microcirculation was investigated, and this is what it looks like:

This was filmed using a small camera, roughly the size of a pencil, that was placed under my tongue. Can you see the individual blood cells moving around?