Sticky Post By Melanie Windridge Posted in Science & Exploration Permalink
December 7, 2020 Melanie Windridge
Earlier this year, I re-released my fusion book, Star Chambers: The Race for Fusion Power, as a 2020 edition with a ten-year update chapter. 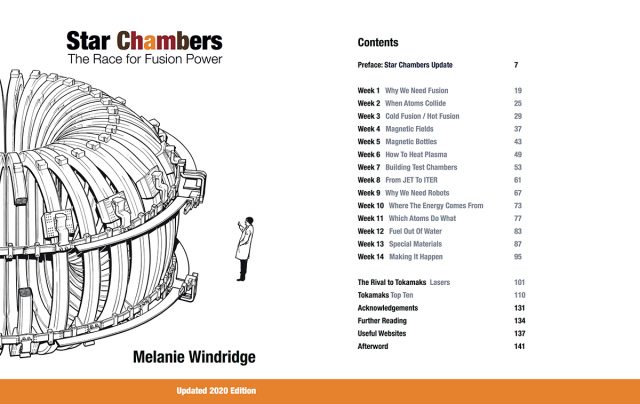 Star Chambers: The Race for Fusion Power is a basic introduction to fusion using tokamaks and was written as a series of blogs for the Institute of Physics. Ten years ago I was their Schools’ Lecturer, and throughout 2010 I visited 30 different schools in a nationwide tour (and did a few extras besides!). As I went around the country I wrote blogs, breaking down my subject of fusion energy into bitesize chunks, answering questions like: Why do we want to harness the energy of the stars? What is plasma? How do we contain something hotter than the Sun? What are these machines called tokamaks and how do they work? How do we intend to get energy and make fusion power stations?
These blogs were subsequently pulled together and released as the book Star Chambers: The Race for Fusion Power. The lecture tour was the perfect training ground for honing my public speaking skills, and writing the book ultimately led to my work with private fusion company Tokamak Energy. 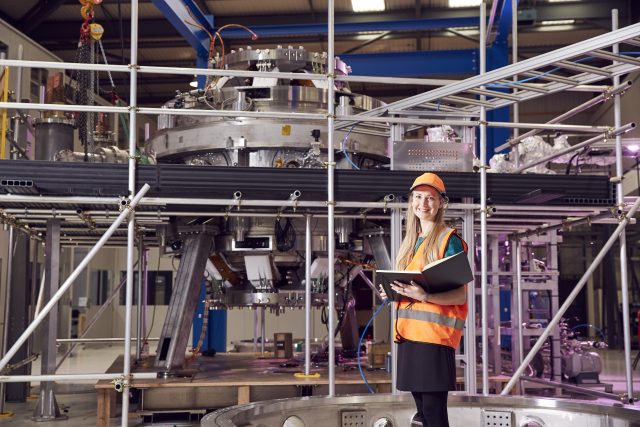 This year I’ve re-released Star Chambers with a preface for 2020 looking at how the fusion field has moved on since the first release of the book. In the new version, I give an update on the progress of the big projects I talked about back then – JET, ITER and NIF – as well as talk about the growth of the private fusion industry, which I find particularly exciting.
The aim of the talks, the blogs, and this book was to introduce school students to fusion energy and contextualise some of the science they learn in school – showing how sometimes abstract concepts they study form the basis of work that has huge societal implications. I hope it also proves a useful introduction to anyone, of any age, wanting to know the basics of fusion and the tokamak concept. To give you a glimpse into what the book is like, here’s a short video of some robots playing Jenga, to which I refer to in the book!

I hope you enjoy this new update. If you do, please leave me a review on Amazon as they are very helpful. And, of course, share it with anyone who you think would like to learn a little about fusion energy!
Last but not least, if you’re interested in fusion and want to keep up to date with the latest industry updates, make sure to check out Fusion Industry Association’s Fusion News on YouTube!