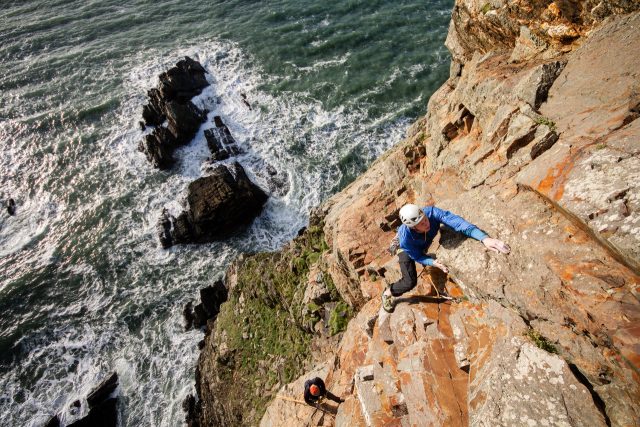 In this interview, we spoke to climber and writer Tom Livingstone, about his career in climbing and the Young Alpinist Group initiative.

1. Tell us a bit about yourself and what you do.

My name is Tom Livingstone. I’m 30 years old and I would describe myself as a climber. My life has been dedicated to – and shaped by – climbing cliffs and mountains. This is both in my home country (UK) and around the world.

2. You’re a very accomplished climber – what are you most proud of in your career to date? What are some of your favourite climbs and why?

Thanks, but I wouldn’t say I’m very accomplished – take a look at Marko Prezelj, Voytek Kurtyka or Rolo Garibotti, for example. I have had some good luck and enjoyable experiences in the mountains which I’m quite proud of. The great thing about climbing is it can be on the smallest boulders to the biggest mountains, and some of my best moments have been on UK trad routes. Onsighting E6s and E7s, right at my limit at the time, gives you very rich experiences.

I’m also psyched on some of my alpine routes, which have been first ascents, early repeats of existing routes, or simply just moments where I’ve been pushing myself. When I climbed the Walker Spur on the Grandes Jorasses (Alps) with Pete Graham in winter in 2016, it was a big step up for me at the time. Making the third ascent of the House/Anderson Route on Mt. Alberta (Canadian Rockies) and the first ascent of Fun or Fear on Mt. Jezebel (Alaska) with Uisdean Hawthorn were more recent experiences. Climbing Latok 1 in the Karakoram (Pakistan) via a new route with Aleš Česen and Luka Stražar, and Koyo Zom in the Hindu Raj (Pakistan) with Ally Swinton were certainly some of my prouder moments. As you can see, these routes were as much other people’s experiences as they are mine. Motivation, a real psyche for climbing, lots of time and energy, an openness to trying things beyond comfort zones, strong partners, a willingness to endure discomfort certainly help. 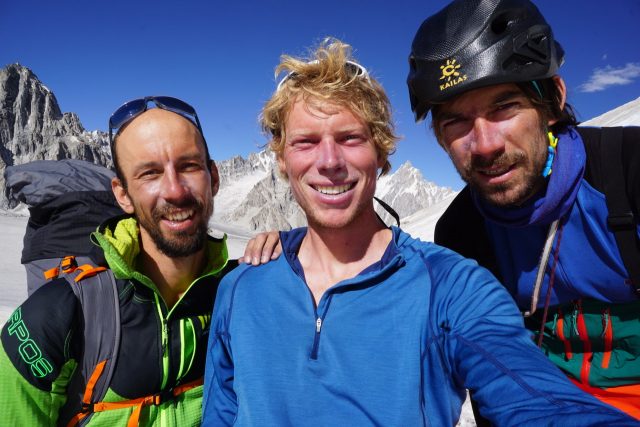 3. Can you tell us more about mentoring up-and-coming climbers?

I established the British ‘Young Alpinist Group’ in 2020. Its mission is to advance the next generation of world-leading young UK alpinists. There are many mentorship and support programmes for young alpinists around the world. I thought it was time Britain had one. The concept is to give time, money and support to 10 young, already-experienced alpinists over 3 years, before taking on another 10. I’m glad the Alpine Club, the Mount Everest Foundation, the British Mountaineering Council, Mountain Equipment and Petzl are on board. I think it’s important to actively promote alpinism since it’s a rewarding activity, and I would also like to support increased diversity and gender equality in the British climbing/alpine scene. We’re still looking for support – if anyone’s interested visit the Young Alpinist Group. I think alpinism can give people a real benefit in today’s world of instant gratification, decreasing population health, climate change, and 8000-metre peak oxygen/fixed rope media circuses. Most importantly, you learn everything is in the mind.

4. What is your favourite piece of gear?

It’s impossible to choose a favourite piece of gear because sometimes I go into the mountains in summer wearing trainers and running shorts, and sometimes I’m skiing uphill in winter with a 20kg backpack full of the world’s lightest climbing equipment (imagine how heavy that gear would be 30 years ago!). Sometimes a waterproof jacket (like the Mountain Equipment Tupilak Atmo) is the thing I’m most grateful to have. Sometimes it’s finding an extra energy bar when you thought you’d run out of food! 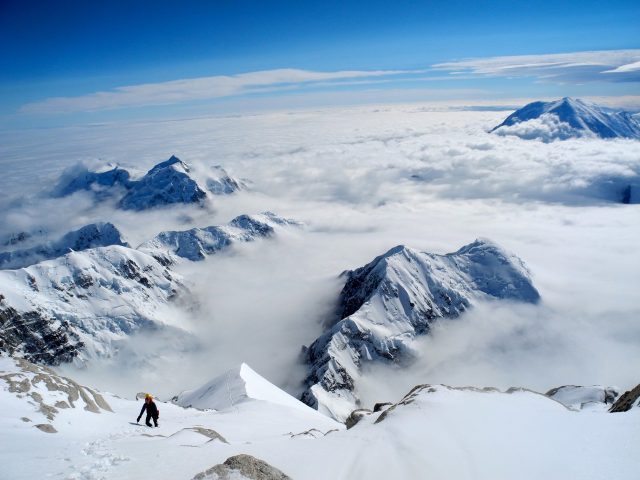 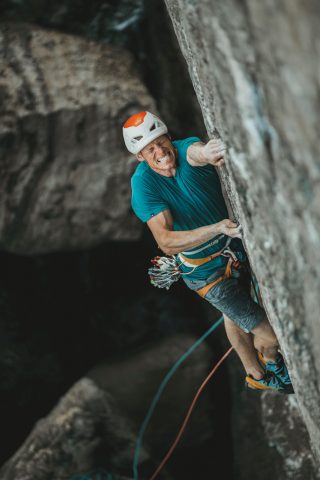 5. Climbing has taken you all over the world; where would you like to go next?

In 2019 I went to Pakistan with a group of great friends. I climbed a new route, taking the difficulty of trad and mixed climbing to nearly 7000 metres. I’d wondered what it would be like to climb tricky pitches at high altitude, and I was pleasantly surprised. I’d like to continue this theme – climbing as high as possible and as hard as possible on the bigger peaks in the world. The Greater Ranges certainly gives plenty of potential. I’m looking forward to being able to travel again!

6. Apart from being an amazing athlete, you are also a writer. What inspired you to write?

I started writing because a friend asked for 1000 words on climbing in Pembroke to accompany his excellent photographs in a magazine. I’ve actually always enjoyed writing because it makes me reflect and think; it makes me take note of what’s happening – or what’s happened. Some people can take great photographs to create memories. I like writing. For me, it’s standing still in a moment of time, looking around and saying, ’this is what I see.’ As Marc-Andre Leclerc said, ‘the essence of alpine climbing lies in true adventure.’ To experience this, and then put it into words like Marc has done, is a skill and something worth writing about.

Find out more about Tom’s work on his website.