To commemorate 45 years since Doug Scott and Dougal Haston became the first Britons to summit Mt. Everest, Community Action Nepal (CAN) created a Virtual Everest Challenge 2020 that anyone could take part in from the comfort of their home. In honour of this anniversary and CAN’s initiative, I documented myself completing the challenge in a short Youtube video, while also talking about some interesting Everest climbing facts.

In this blog, I expand a bit more on the 5 surprising facts about Everest. 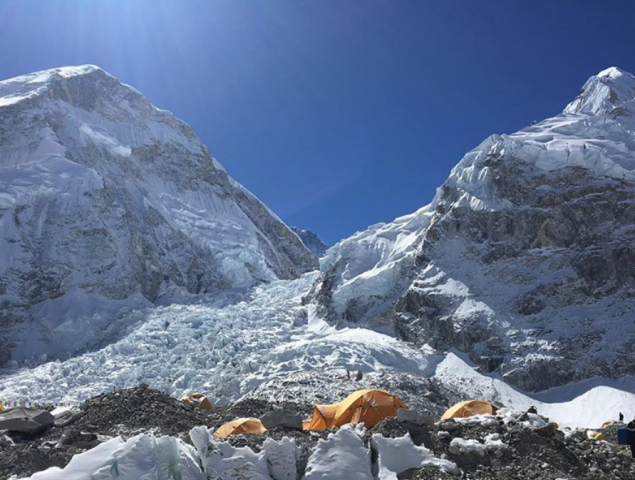 Everest base camp, taken during my climb to the summit in 2018

1. Climbers make “rotations” up and down Everest’s slopes.

Climbing Everest is a little like climbing your stairs in that we go up and down several times. Everest is so high, and our bodies get so little oxygen up there that we have to go up a little way to let our bodies adjust, then go back down a bit to recover.  And repeat several times until we can finally make it to the top. 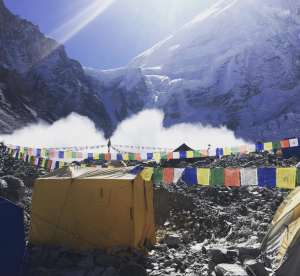 Avalanche on the Lho La near Mount Everest

2. The challenge is not the height itself, it’s that you’re dying.

Everest is 8848m high.  Human’s can’t live permanently above about 5.500 m because they don’t get enough oxygen. Go higher and the body starts wasting away. When climbing Everest you actually feel tired and sick and in pain.  Tempted?

The sun is intense and the ice and snow reflect it all. But when clouds come in or it gets dark, the temperatures can drop by 20-30° C. When climbing, you dress for the worst the weather could throw at you. On Everest, I was more often uncomfortably hot than uncomfortably cold.

4. All climbers need support at that height.

Because of all the shuttling up and down, as well as the need to stock camps higher and higher up, climbers have teams and sherpa support. In the early days like 1953, when Hillary and Tenzing first reached the top of Everest, or even in 1975 when Doug Scott and Dougal Haston reached the top, an expedition of 12 or 13 climbers and maybe 30 sherpas was considered a success if 2 reached the top. It was a team effort. Only a mere handful of climbers did it solo. Now, on commercial expeditions, everyone wants to reach the top, but we need that pyramid of support, provided by the organisers and sherpas. 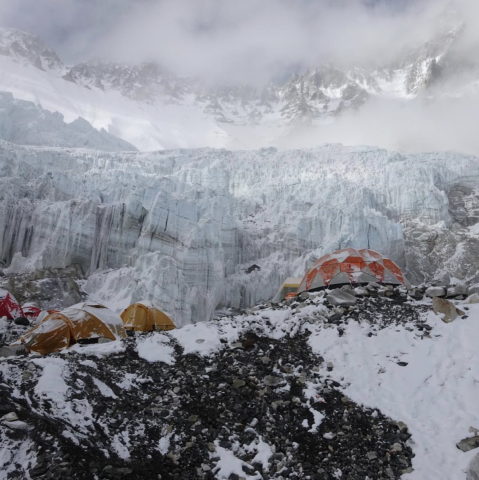 5. Science was key to overcoming the challenge of Everest.

Often when we hear about climbing Everest, we hear about the “strength of the human spirit” and not the science that supports us. But science and technology were key to the first summit of Everest. A better understanding of human physiology and how to extend the body’s limits through better nutrition, hydration, and breathing extra oxygen was what enabled Tenzing and Hillary to get to the top.

Thank you to Doug Scott for the inspiration and for all his work with the communities of Nepal over the years. Please donate to CAN and share the Virtual Everest Challenge 2020 (and this blog) with your friends!

Below is the video for CAN’s Virtual Everest Challenge 2020.

I’ve also written a book about the science that supports us in climbing Everest, which follows my personal journey to the top of Everest and the history of early expeditions. Although it is not yet out, we are hoping it will be available next year, so keep an eye out.

In the meantime, watch my videos about the Science of the Summit on YouTube, or a video about my climb, which was shortlisted for the BMC Women in Adventure film competition, and check out some Everest Stories on my blog.