There really is so much more power up there than meets the eye as the aurora! 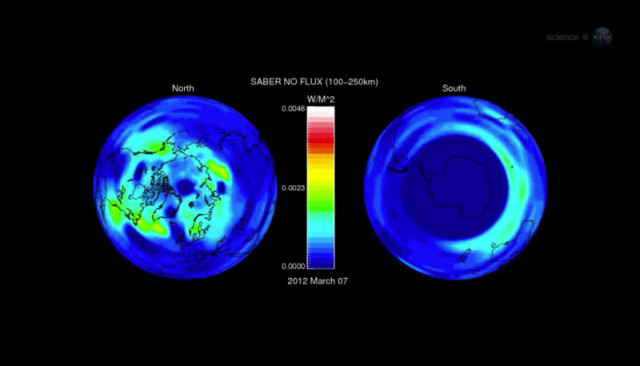 This video from NASA tells the story of a big solar storm in March 2012 and what was happening in the atmosphere.

The SABER instrument on the TIMED spacecraft that NASA talks about measures the temperature, density and pressure in the mesosphere and lower ionosphere (40 to 110 miles above the Earth). Researchers are trying to understand if and how this affects weather and climate.

SABER now has data across a whole solar cycle (higher and lower activity of the Sun) which helps them differentiate the Sun’s effect on the atmosphere from other effects.