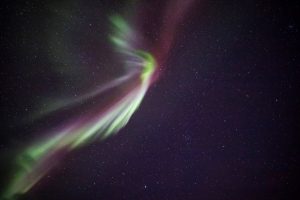 Aurora near the Finnish border in Troms county, Norway, on March 11th 2019, where Simon was guided by Kjetil Skogli. Photo: Simon Harding.

Simon is a keen amateur astronomer and a member of Torbay Astronomical Society, where he presents monthly ‘Skynotes’ and in January this year held a lecture about the northern lights showing many of his aurora photos. Simon likes astronomical imaging and takes photos of the night sky with his 10in reflecting telescope. Simon is retired and volunteers at Torre Abbey Gardens in Devon.

Where have you travelled to so far to experience the northern lights?

I have been to the South of Iceland in October 2013, when we were at Solar Maximum, and to Lake Myvatn, also Iceland, in October 2015. On both occasions I saw fantastic auroral displays: the full sky multicoloured and also fast-moving green auroras. I have also been to Norway four times, including a cruise. 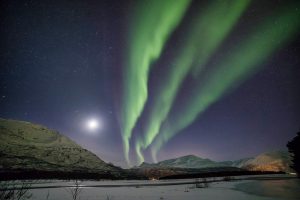 Northern lights near Skibotn in Northern Norway on March 12th 2019 where Simon travelled to with Tromso Safari. Photo: Simon Harding.

In your experience, where is the best place to see the northern lights?

I think Tromso is a superb place to see the northern lights. In 2018, I visited Tromso in March and was fortunate enough to experience two superb displays during my week-long stay.

Then, in October 2018, I went on the 11-day Hurtigruten Cruise from Bergen to Kirknes and back. We saw the aurora on six nights! It was so bright and had a lot of visible pink in the aurora.

My last, and most recent trip to Norway in March this year, was equally successful: I saw the aurora on four nights. 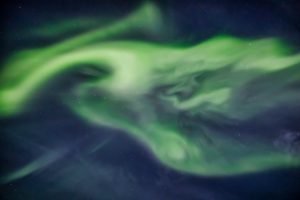 Have you ever tried capturing the aurora on camera?

Yes, I’m not just a keen observer but also a photographer of the night sky. I photograph deep-sky objects, but my main astronomical interest is the northern lights.

I have managed to take many hundreds of aurora photos on my trips. I have been so lucky and delighted that I even have quite a lot of aurora corona photos! 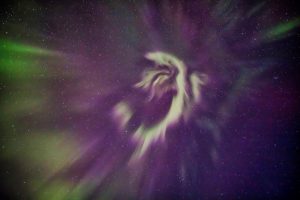 Not everyone who goes in search of the aurora is as lucky as you, do you have a “secret of success” for seeing the aurora?

No, there’s no secret 😊. I suppose partly it’s luck, but I’d like to credit the success of my recent aurora hunting in Norway to these three companies and people:

With so many beautiful experiences under your belt, are you getting tired of the aurora?

Not at all, next year I have another trip planned for February/March. I will go back to Tromso and also visit the Aurora Sky Station in Abisko, Sweden, for the first time.

Thank you for talking to us, Simon. We look forward to hearing about your future experiences!

*Incidentally, Melanie has also been out in search of the northern light with Kjetil when filming with BBC Sky at Night.