On the 31st December 2015 I experienced a very memorable passage from one calendar year to the next.

The sky was clear over my home town of Thurso in Caithness that night, and the aurora had been clearly visible but somewhat subdued on the northern horizon for most of the evening. The beginning of a new calendar year is often started with spectacular fireworks displays and celebrations across the world, but this new year there was a special treat for skywatchers in the north of Scotland as the northern lights began it’s own stunning light show to kick off the celebrations just before midnight. Beautiful dancing rays extended upwards from a bright band of green along the northern horizon, and pulses of light rapidly shot up from the band to overhead every few seconds. It was a fantastic sight, and to be able to share it with family (whilst having a pleasantly warming drink) made it all the more special for me. 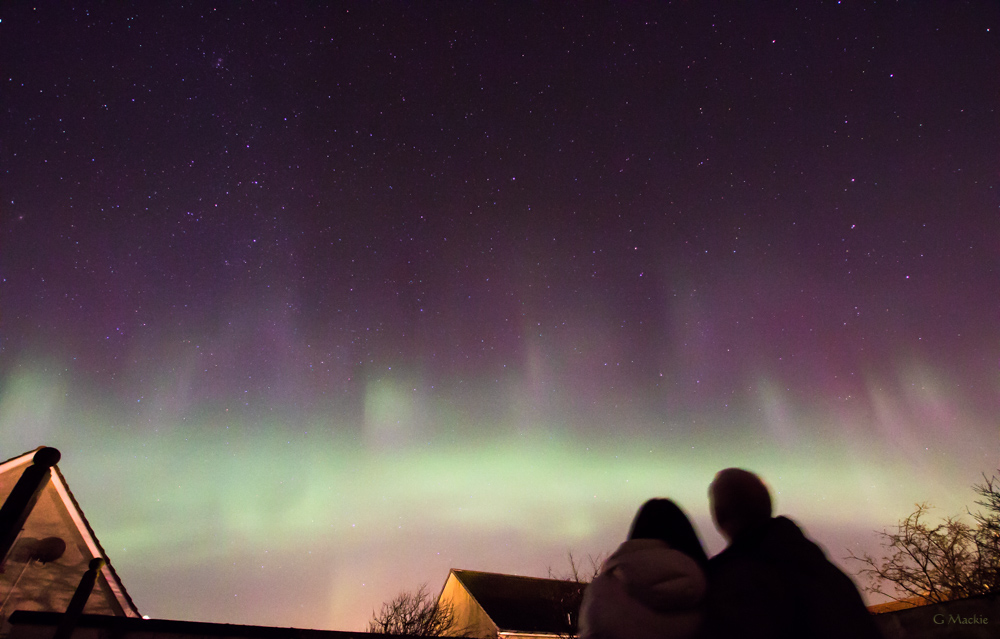 Gordon Mackie and his wife see in the new year watching the aurora over Thurso.

If I had the choice between watching a fireworks display or another dancing display of the northern lights this festive period it would not be a difficult choice for me to make – the aurora easily gets my vote.