The origins of the aurora are right back at the Sun. The Sun is always throwing out charged particles – a moving plasma that we call the solar wind. 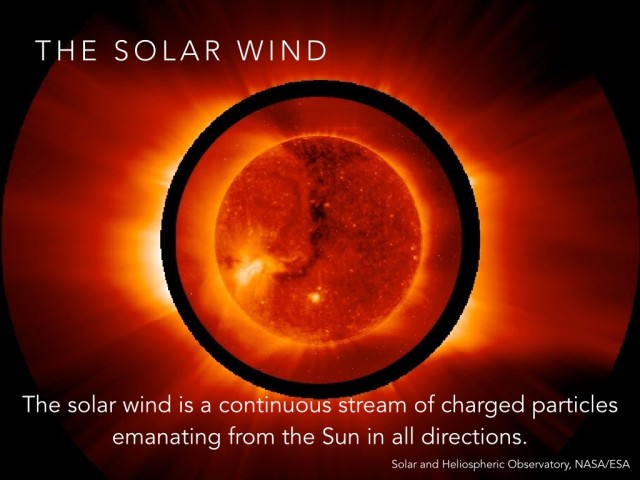 On top of this, sometimes the Sun releases more matter into the solar system as the twisted magnetic field lines of the Sun break in a solar eruption…

… or even a giant Coronal Mass Ejection (CME)

Notice how huge the CME is. The Sun is the turquoise blob in the centre of the screen, and it is throwing out billions of tonnes of matter at millions of miles per hour into the solar system. We and all the other planets in the solar system sit in this turbulent sea of plasma.

This solar wind is constantly buffeting the Earth, sometimes weakly, sometimes strongly. All these fast charged particles would be dangerous to life, but the Earth has a magnetic field, which forms a protective magnetic shield called the magnetosphere. 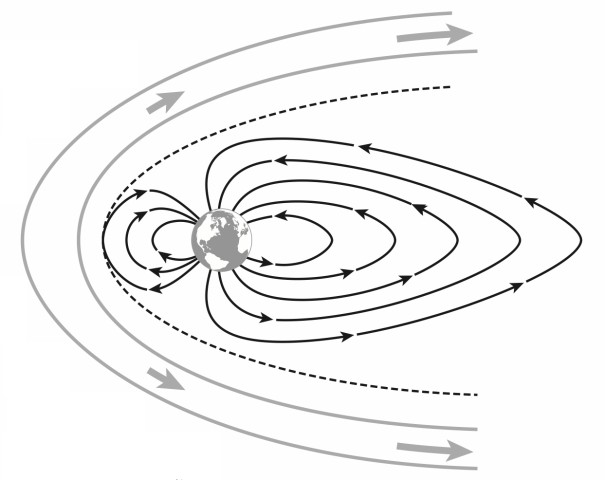 Watch this great NASA video to get a feel for what is happening during this process.

When the accelerated electrons hit the Earth’s upper atmosphere they bash into oxygen and nitrogen atoms in the air and “excite” them. This means that the incoming electrons give the atoms some of their energy. The atoms then release this extra energy as light, which we see as the aurora.

Here is an animation I made to show what is happening inside the atoms.

If you want more information and a narrative journey of discovery through the history, art, science and landscapes of the aurora then do read the book!